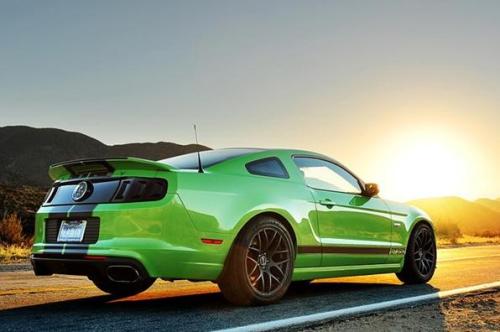 "The Mustang" is the most representative of the Ford brand, but this product that is known to most people in China may not be able to know its English name. The new generation of Ford Mustang will be officially listed in China as a global model in 2015. However, in order to unify the name of the car, Ford Motor Company's Asia Pacific Regional Marketing Director, Lew Echlin, revealed in an interview that we hope to use the English name of its Ford Mustang instead of Chinese, so that it can become a Global brand.

At present, the Ford Mustang models that are currently being sold in China are all imported into China by unofficial channels. Therefore, the name is still translated into Chinese and the writing method is also in Chinese. Mr. Ai Qile, Ford Motor Co., Ltd., Asia Pacific Marketing Director, said that Ford Mustang once played a role in more than 3,400 film and television dramas worldwide. It is a global brand, so we hope to use the English name of its Ford Mustang instead of naming it in Chinese. Thus, the Ford Mustang that enters the Chinese market in the future will use the Ford Mustang name.

The current Ford Mustang is powered by a 3.7-liter V6 engine and a 5.0-liter V8 engine. The entire new generation does not use the current 3.7-liter V6, and a 2.3-liter EcoBoost direct-injection turbocharged engine has been added. The maximum output power is 227kw and the peak torque is 407Nm. The 5.0L V8 engine, like cash, has a maximum power of 313kw and a peak torque of 529Nm, matching a 6-speed manual or 6-speed automatic transmission.

Mustang is more like an independent brand in the Ford sports car. It also has plans for future models. At present, Mustang GT and Mustang convertible models have been introduced. According to the previous Mustang product line, a new generation of Ford Mustang will be launched in the future. Shelby version, the car will be positioned in the top sequence of the Ford Mustang family. As Ford has set the time for the introduction of Mustang products in China in 2015, the series will be expected to introduce domestic sales.