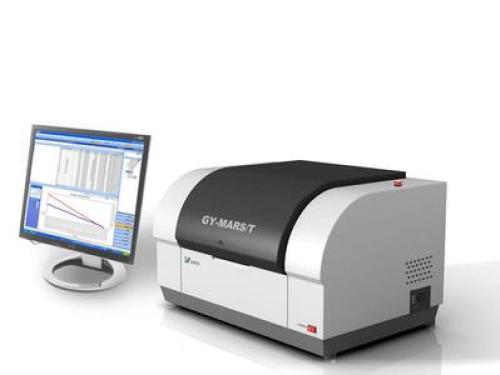 â€œI have been to many laboratories and saw many high-end imported instruments idle. Before the Spring Festival, I went to a laboratory of the Academy of Agricultural Sciences. In the equipment purchased in 2008, by the beginning of 2014, I shared no more than 30 times and I was left unused. It's a pity,â€ said Xing Zhi, an analysis center at Tsinghua University. â€œThe imported instruments that cost hundreds of thousands or even millions of dollars often do not dare to be demolished.

Imported scientific instruments have long dominated the market. Yu Hongjun, director of the Project Supervision Service Department of the Ministry of Agriculture's Engineering Construction Service Center, once pointed out that the percentage of imported equipment from the ministerial center in the quality safety supervision and inspection agency of agricultural products [-0.82% fund report] currently accounts for 90% of the total, and that the provincial center has imported equipment. The proportion is 70% to 80%, and even the county-level organizations have more than 50% of imported equipment and equipment, and some 300-400 million total investment projects, the cost of purchasing imported equipment and equipment costs more than 2 million, only The remaining money to do laboratory construction, the laboratory conditions can be imagined.

For a long time, the bidding process of instruments and meters in China has been controversial, and the county-level units have frequently purchased imported products at high prices. Products with high localization, such as pure water meters and centrifuges, have to be imported. Some units are even proud of having imported instruments.

Frozen feet are not cold in a day. The market sales of domestically produced instruments are bleak, resulting from a long period of backwardness. However, on the third day, they should look with admiration. Today's domestic instruments have not been compared.

â€œThe gap between domestic manufacturers and foreign products has narrowed in the past decade, both in terms of price, quality, and performance. All of these are enhancing our confidence.â€ Ouyang Liang told a reporter from Science and Technology Daily, China International Scientific Instruments and Laboratory Equipment Exhibition. In 2006, the Independent Innovation Award was established. Up to now, a total of nine selection activities have been conducted, of which 63 are gold products and 81 are silver products. The winning products all have the characteristics of obvious innovation, high technical level, and great difficulty, reaching or approaching the international level. Level.

"Suzhou Su-test Instrument Co., Ltd. and Suzhou Dongling Vibration Test Instrument Co., Ltd. have developed a large-thrust electric vibration experimental system with a capacity of over 40 tons, which has made great contributions to the development of China's launch vehicle, satellite launch, and manned space flight. The OPA-200 metal in-situ analyzer developed by the company is the world's first rapid analytical instrument capable of quantitatively distributing components and states within a large area of â€‹â€‹metal materials. When it comes to domestically produced instruments, Ouyang Liang is well-known.

However, on the one hand, the imported instruments are purchased at a high price, and they are unwilling to be used after they are bought. On the other hand, domestically-made equipment with high performance-to-price ratio cannot be sold or even tested and verified. The embarrassing situation of domestic testing instruments has existed for quite a long time.

â€œScientists are afraid to waste their money and time.â€ Yuan Jinghe, an associate researcher at the Institute of Chemistry of the Chinese Academy of Sciences, once stated that â€œyou (domestic equipment) is cheaper and I donâ€™t have the time and energy to evaluate you.â€

The problems he reflected directly refer to the current situation in which instrument development and application do not match.

The sensitivity, accuracy and stability of a scientific instrument in actual work are all important issues for instrument manufacturers. These data also reflect the extent to which the instrument is accepted by the market.

For users, there is no authoritative technical certification data is an important factor in the dare not buy domestic equipment. Many units do not understand the scope of application of domestic equipment and equipment and are afraid of taking risks. They fear that the technology is not mature, and they prefer to purchase imported instruments at a high price.

â€œIn terms of R&D, design, manufacture, and sales, it is the work that can be done by domestic equipment manufacturers. However, for the verification work, it is an important part of the promotion, application, and use of the instrument. Instrument manufacturers cannot complete it independently.â€ Beijing Entry and Exit Liu Yan, director of the Food Laboratory of the Inspection and Quarantine Bureau's technical center, said, "It is precisely based on this consideration that it is necessary to carry out certification of various experimental parameters for domestically produced instruments in an objective, fair and authoritative domestic instrument verification platform. The promotion and application of instruments and equipment provide powerful and authoritative data, provide users with fair and impartial reference data, and also provide ideas for the performance improvement and upgrading of domestic testing equipment.â€

The Beijing Science and Technology Commission started the construction of the capital science and technology conditions platform in 2009. The person in charge of the Beijing Municipal Science and Technology Commission's Finance and Economics Division briefed the reporter of the Science and Technology Daily: â€œIn the past five years, the construction of the Capital Science and Technology Conditions Platform has formed 27 research and development experiments with institutions of higher learning such as CAS, Peking University, Tsinghua University, and China Communications University. The service base, as well as 12 field centers for biomedicine, new materials, electronic information, energy environmental protection, detection and certification, and technology finance, promote the openness and sharing of resources.To date, 615 national and Beijing-level key experiments in the capital area have been promoted. The labs and engineering centers, worth 18.6 billion yuan and 36,400 sets of equipment, were open to the public for sharing, and promoted the transfer and transformation of more than 600 mature scientific research achievements, bringing together high-end talents including the academicians of the two institutes and the Changjiang scholars. More than 8,700 experts have formed a large-scale pattern of equipment, scientific and technological achievements, and R&D service personnel. "The establishment of the Capital Science and Technology Condition Platform has provided important resources for promoting the development of domestic instruments and improving the competitiveness of China's scientific instrument industry. support.

What are the services provided by the platform?

According to the relevant person in charge of the Beijing Scientific Instrument and Equipment Collaboration Service Center, â€œThe first is to help the development of small and micro enterprises. The center of testing and certification has done a lot of work. In 2013, we had activities almost every month, organized many laboratories and Nearly 100 companies are engaged in the docking.The second is to enhance the capabilities of R&D laboratories.Every year they are required to hold free training on certification and accreditation. More than 500 people have participated in the training, and online remote training has also been launched. Testing the development of the service industry: Focusing on the development of rapid inspection technologies and mobile detection technologies, we will try our best to mobilize social resources and organize a series of forum activities to meet the growing needs of business.Fourthly, we will communicate information between the government and enterprises. We hope that through this platform, the government will be able to understand more social information and business needs in its decision-making process, and through this platform, more companies will understand the governmentâ€™s policy orientation. The radiation of scientific and technological resources in the capital to a wider area will be tested with Services in the certification area center also provide services and extensions to the Bohai Rim region."

Domestic testing equipment is expected to soar in the spring

In May 2013, the Ministry of Environmental Protection issued the second-phase monitoring implementation plan for air quality standards. It requires that priority should be given to the purchase of cost-effective monitoring instruments and equipment under the same conditions, and domestic equipment should be selected according to the relevant requirements of government procurement.

This is undoubtedly an exciting news for the domestic testing equipment industry. â€œThis is the first case we have made clear in the procurement of equipment and equipment in the purchase of domestic equipment. Before this, air quality monitoring equipment was mainly monopolized by imported products, and more and more domestic companies will appear in the future.â€ Ouyang Liang said.

Lu Xianzhi, deputy director of the National Science and Technology Infrastructure Platform Center, said: â€œIn recent years, the Ministry of Science and Technology and the Ministry of Finance have jointly set up special projects for major national instrument and equipment development. They have gradually invested billions of dollars and launched several batches of projects to promote large-scale instruments. Localization, industrialization, and demonstration."

â€œSpecial national major equipment and equipment development projects, the Beijing Science and Technology Commission also accepted commissions, implemented about a dozen projects, and invested nearly 500 million in funding. Two years ago, we also started the organization of domestic instrument innovation and cultivating projects. These projects are implemented. The process will form some testing systems, methods and technologies that support scientific research, and promote the technical transformation and industrialization of these systems, methods, and technical results,â€ said Zheng Huanmin, deputy director of the Beijing Science and Technology Commission.

In September last year, the China Instrument Industry Association, the Beijing Scientific Instrument Equipment Collaboration Service Center and the Instrument Information Network jointly launched the â€œDomestic Science Instruments Teng Flying Actionâ€ to screen hundreds of units from the reliability, stability, and after-sales service of scientific instruments. Representative, after the user's use of inspection, easy to use, enough to use, and can be imported equipment to form a certain competitive advantage of "good domestic instruments." To make the instrument take-off plan to achieve four goals, one is to reverse everyone's inherent bias against domestically produced instruments. The second is to screen and evaluate a group of better instruments. The third is to help outstanding products go abroad. The fourth is to provide necessary resource integration services for domestic instruments.

How to effectively promote the innovation of domestic equipment and the cultivation of industries, improve the level of high-end and market share, and truly serve the development of enterprises? It has always been a problem that Zheng Huanmin and his colleagues are working on.

The Beijing Municipal Science and Technology Commission and the Beijing Entry-Exit Inspection and Quarantine Bureau directed the Center for the Detection and Certification of the Capital Science and Technology Condition Platform and conducted a verification and comprehensive evaluation system for domestic testing instruments and equipment, starting with â€œbasic performance indicators, characteristic indicators, instrument operating software systems, "Evaluation of corporate services" from the perspective of domestic instruments to verify.

As the sub-platform of the Capital Science and Technology Condition Platform, the Center for Testing and Certification has always been committed to technological innovation of enterprises and the ability to provide services in various aspects. It is believed that with the help of everyone, this center will provide more solid technologies for enterprises and industries. Support and services.

Whether it is an internal development environment or an external market demand, the development of domestic scientific instruments is at a very good stage. How to innovate in management and operation mode at the same time of product innovation, and find ways to find their own way through exploration and adjustment, so that enterprises and the entire industry can develop. It is a problem that domestic scientific instrument companies need to think about urgently.